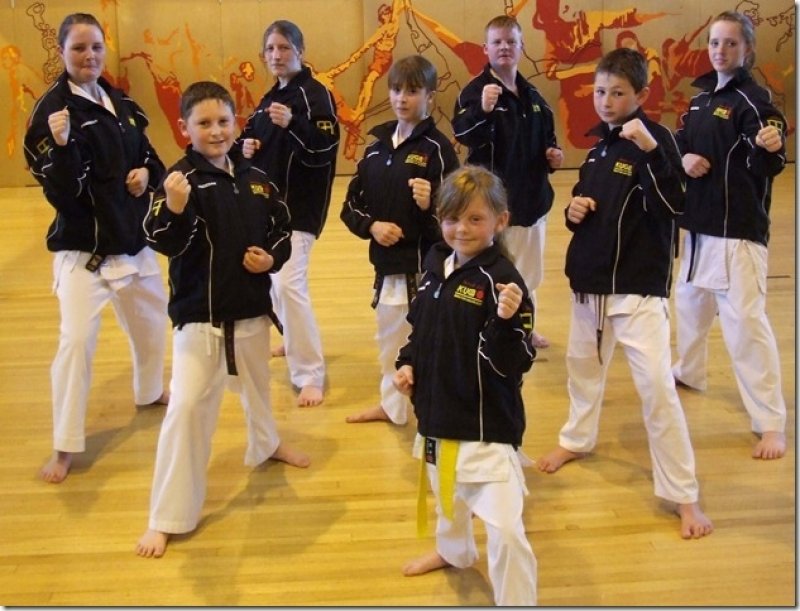 Established in 1987, Ivybridge's Tsutahashi Shotokan Karate Club is a welcoming and friendly club, widely recognised for its excellent standards and high-achieving students in terms of grades and competitive success, together with personal fulfilment for members of all ages on their journey to Black Belt and beyond.

The club belongs to the Karate Union of Great Britain (KUGB) which is the largest karate organisation in the UK, commanding great respect in the martial arts world. Grading examinations are conducted by Sensei Andy Sherry 9th Dan - head of the KUGB.

The club is run on a not-for-profit basis, focusing on high quality Shotokan Karate - an effective and strong traditional martial art taught in its full depth. We don’t cut corners  – this is the real thing! The quality and passion for this martial art in the club is self-evident. If you are looking for a high quality South Hams martial arts club you are very welcome to COME AND SEE FOR YOURSELF! 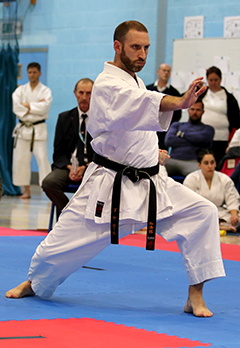 Sensei Dave Hore began practising Shotokan Karate under the instruction of Senseis Gary Hulbert (4th Dan) and Jane Easterbrook (3rd Dan) in 1990 at Tsutahashi Shotokan Karate Club in Ivybridge, then known as Marjon SKC. Under expert tuition of Senseis Hulbert and Easterbrook the club established a reputation of national success. Sensei Hore’s instruction then continued under the expert guidance of Sensei Neil Rowley (4th Dan) who has built on the high standards, etiquette and martial spirit at Tsutahashi. After a break from Karate, Sensei Hore first returned to the martial art at Torbay Karate Club under another former Tsutahashi student, Sensei Ray Alsop (6th Dan) and Sensei Bob Davies (4th Dan), before returning once again to his sporting home, Tsutahashi.

Practising, perfecting and enjoying the demands that Shotokan Karate has to offer is particularly important to Sensei Hore, however, he has also enjoyed the challenge of competitive Karate. One of many high points was being a part of the team, alongside Sensei Neil Rowley, who won back-to-back victories in the South West Championship Team Trophy. Sensei Hore has had the privilege of ‘medalling’ a number of times through competitions including the KUGB National Championships, Shotokan Cup, Southern Region and South West Championships in Kumite, as well as Individual, and, Team Kata. As a competitor, Sensei Hore’s proudest achievement was being selected for the England Junior Kumite Squad at the internationally renowned Red Triangle Dojo in Liverpool.

A school teacher by profession, Sensei Hore has an enhanced DBS, holds a First Aid Certificate and is a fully qualified KUGB Instructor. He is passionate about helping all students to fulfil their potential and strongly believes that Shotokan Karate is a martial art for both the young and more mature. It can enhance self-confidence, discipline, fitness, resilience and concentration. As long as students are determined and encouraged, Sensei Hore believes that every student has the potential to thrive and enjoy everything that Shotokan Karate has to offer in the traditional and family-friendly atmosphere that Tsutahashi creates.

NB: Grades mentioned above were correct at time of last edit.